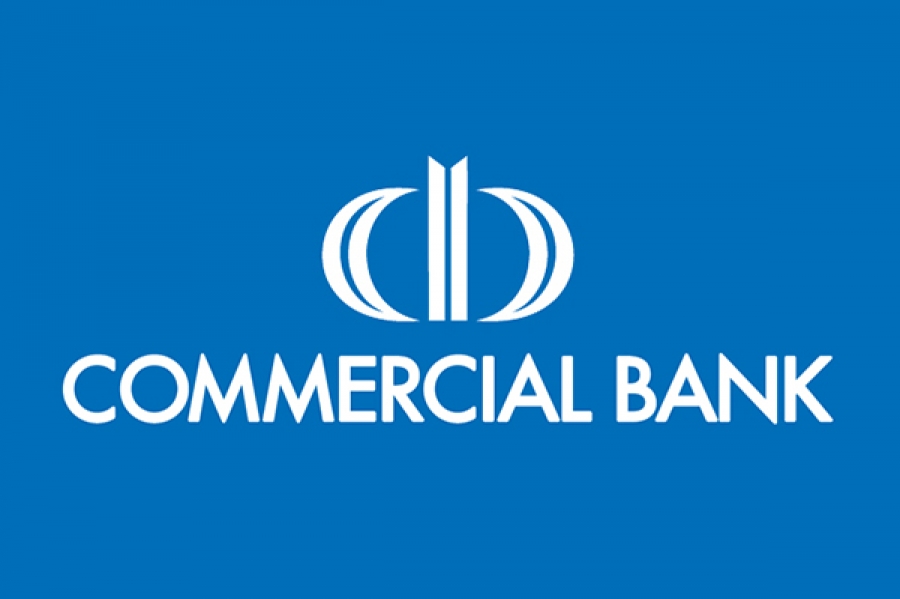 The Commercial Bank Group, led by Sri Lanka’s benchmark private sector bank, has generated strong growth in fund-based operations in the first quarter of 2021, with the continuing trend of interest expenses reducing at a significantly higher rate than interest income combined with judicious management of core banking operations.

Comprising of Commercial Bank of Ceylon PLC, its subsidiaries and the associate, the Group reported a gross income of Rs. 40.905 billion for the three months ended 31 March 2021, with net interest income growing by a substantial 21.08% to Rs. 15.477 billion, consequent to interest expenses reducing by 17.14% to Rs. 16.218 billion in contrast to a marginal decline of 2.04% in interest income to Rs. 31.695 billion due to the reduction in interest rates.

Notably, the growth in net interest income was achieved despite a substantial increase in deposits and excess liquidity being invested in low-yielding treasury assets in view of the conditions that prevailed in the market during the three months reviewed, the bank said.

The bank further improved its CASA ratio to 45.26% – possibly the best in the industry – from 42.72% at end 2020, contributing to a supplementary reduction in interest expenses. CASA deposits grew by 36.04% year-on-year (YOY), accounting for over 70% of the YOY growth in total deposits, and timely re-pricing of liabilities further reduced the cost of funds.

Among other components of gross income, other income (comprising of net gains/losses from trading, net gains/losses from de-recognition of financial assets and net other operating income) grew by 22.58% to Rs. 5.661 billion, while net fees and commission income improved by 23.55% to Rs. 3.023 billion, the bank said in a filing with the Colombo Stock Exchange (CSE). Interest income continued to be the dominant source of income, accounting for 77.48% of gross income, while net interest income accounted for 64.06% of total operating income.

Total operating income for the quarter amounted to Rs. 24.161 billion, reflecting an increase of 21.73%. Impairment charges and provisions for other losses were raised by 7.56% to Rs. 7.156 billion in keeping with a management decision to make provisions on a prudent basis, for exposures to identified risk-elevated sectors.

As a result, net operating income grew by 28.88% to Rs. 17.005 billion, but the Group’s success in containing operating expenses to Rs. 7.052 billion, an increase of 4.53%, enabled it to post an operating profit of Rs. 9.952 billion before VAT on financial services for the three months, achieving a noteworthy growth of 54.35% over the corresponding three months of the previous year. Meanwhile, VAT on financial services increased by 53.39% to Rs. 1.548 billion in line with the growth in profits, and the Group reported profit before income tax of Rs. 8.404 billion for the three months, an improvement of 54.55% over the corresponding quarter of 2020.

Commenting on the results achieved, Commercial Bank Chairman Justice K. Sripavan said: “Our performance in the latter part of 2020 laid the foundation for this growth, which has been achieved by a careful balancing of several countervailing factors arising from developments impacting the market and our response to them, including judicious provisioning for impairment on the expected credit losses. We expect to maintain this trajectory of growth in the short-term, provided that there are no major shocks ahead of us.”

Commercial Bank Managing Director S. Renganathan concurred: “Although the bank has reduced the percentage of its loan book under moratorium to approximately 6%, the impact of the third wave of COVID-19 is yet to be ascertained and the bank will be required to factor in these impacts in its decisions while managing interest margins and strategizing on its financial assets portfolio and foreign currency operations. As a matter of prudence, the bank has made an additional impairment provision against a part of the accrued interest on moratorium facilities during the quarter.”

Income tax for the period under review amounted to Rs. 1.607 billion, down a marginal 1.01% as a result of a reversal of excess in provisions for income tax made in 2020. This was due to the bank’s provisions for income tax being computed at 28% on the basis that the 24% rate proposed in the last government budget to be effective from 1 January 2020, had not been enacted. The excess provision was reversed during the three months under review as CA – Sri Lanka had subsequently advised that companies may consider the new tax rate as enacted.

Total deposits of the Group recorded a noteworthy growth of Rs. 60 billion or 4.66% in the quarter reviewed at a monthly average of Rs. 20 billion to stand at Rs. 1.347 trillion as of 31 March 2021. Deposit growth since 31 March 2020 was Rs. 227 billion or 20.19% at a monthly average of Rs. 18.9 billion. A significant milestone was recorded in the quarter reviewed when local currency deposits crossed the Rs. 1 trillion mark for the first time.

In other key indicators, the bank’s Tier 1 Capital Adequacy Ratio (CAR) stood at 12.917% as of 31 March 2021, and its Total Capital Ratio at 16.514%, both comfortably above the revised minimum requirements of 9% and 13% respectively imposed by the regulator consequent to the COVID-19 pandemic.

The bank’s overseas operations encompass Bangladesh, where the bank operates 19 outlets; Myanmar, where it has a microfinance company in Nay Pyi Taw; and the Maldives, where the Bank has a fully-fledged Tier I bank with a majority stake.