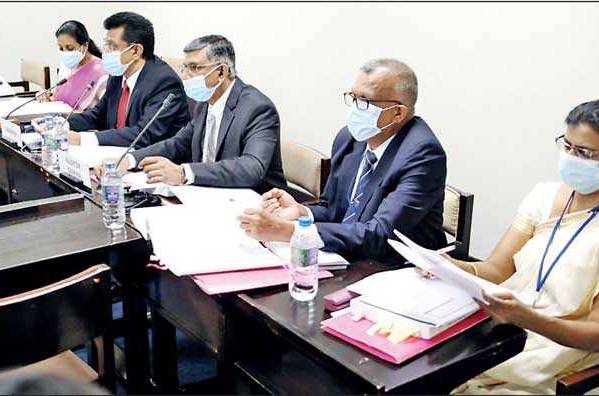 The Mahapola Higher Education Scholarship Trust Fund had not received Rs. 673 million from the sale of an online lottery of the fund, which was sold through an intermediary, the Committee on Public Enterprises (COPE) heard yesterday.

In addition, due to insufficient capital gains on securities transactions of companies under the Mahapola Trust Fund in 2015 and 2016, Rs. 18 million and Rs.102 million losses have been incurred, respectively.

It was revealed that a loss of Rs. 13 million has been incurred during the repurchases made using investments in National Wealth Corporation in 2017. The Committee stressed that these irregularities had caused huge losses to the fund.

Taking these large-scale instances of malpractices into consideration, COPE Chairman Charitha Herath directed Ministry of Trade Secretary J.M. Bhadrani Jayawardena to inform the Attorney General and refer the matter to the Criminal Investigation Department (CID) for a formal inquiry as this was a large-scale corruption.

It was revealed at the COPE meeting that Cabinet had approved the liquidation of these institutions as it was not necessary to continue running at a loss. Commenting on this, COPE Chairman Charitha Herath said that although it would not be a problem to liquidate after punishing the culprits, it would not be appropriate to liquidate these institutions without proper investigation in the situation of such a large-scale fraud.

He said that after conducting a proper study on the irregularities with regard to the National Wealth Corporation and the National Wealth Securities Corporation, the companies under the Mahapola Trust Fund, both the institutions should be summoned before the COPE as soon as possible and the liquidation should be delayed until these irregularities are properly monitored, the COPE recommended.

Accordingly, the COPE Committee further recommended that as SLIIT is an institution of national importance, after preparing an internal report as an extension of the discussion on that institution and reporting it to Parliament, it would be appropriate to decide on the action to be taken in this regard.

Further, it was revealed that the institution does not have an internal auditor and an accountant. The COPE Committee recommended that action be taken to fill this vacancy as soon as possible.