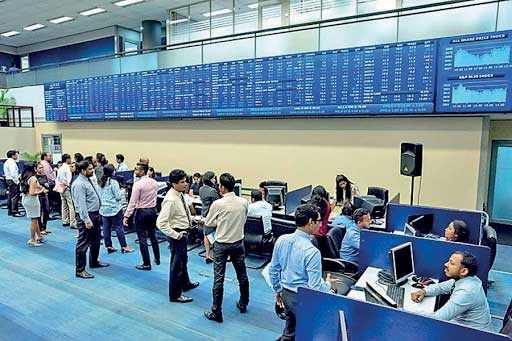 The Colombo stock market achieved one of its sharpest day and weekly gains thanks to apparent improved investor sentiment on the appointment of Ranil Wickremesinghe as the Prime Minister.

Asia Securities said the indices maintained their sharp upward trajectory yesterday as retail and HNI investors continued to buy the dip amid a positive turnaround in overall risk sentiment in the market consequent to the appointment of the new Prime Minister.

First Capital said the appointment of the new Prime Minister led to a massive rally in the Colombo bourse, with the index crossing the 8,000 reaching a 1-Month high amidst renewed investor confidence on expectation of political stability. Moreover, revitalised by the new found investor confidence, market turnover bounced back up and recorded a two-week high.

Keeping up with the previous trend, the transportation sector led the daily turnover with a contribution of 42% whilst Food and Beverage had the next best contribution of 14%.

Transportation sector was the top contributor to the market turnover (due to Expolanka Holdings), whilst the sector index gained 12.60%. The share price of Expolanka Holdings increased by Rs. 21.75 (12.61%) to close at Rs. 194.25.

Mayantha says no to joining govt.