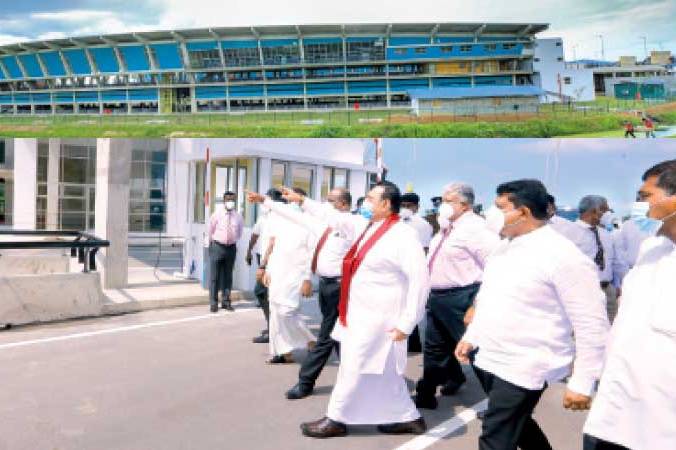 The Government will give priority to remove the inconveniences faced by the public despite the obstacles coming its way, Prime Minister Mahinda Rajapaksa said.

The Prime Minister was speaking at the opening ceremony of the newly constructed Peliyagoda Market. The Pettah Manning Market that was relocated in Peliyagoda was opened for business activities by Prime Minister Rajapaksa yesterday.

Addressing the ceremony, the Prime Minister said the re-location of the market in Peliyagoda was aimed at providing solutions for the prevailing daily traffic congestion in the City of Colombo.

“In addition, as its new location is a hub connecting the country’s Expressway network, the transportation of vegetables and fruits to and from the Manning Market would be easy for the vendors and the suppliers,” he said. The Prime Minister said the dry food wholesale market and the building material warehouses located within Pettah would also be shifted to Peliyagoda in the future for the convenience of the public.

“We are happy that the important decisions taken during our Government prior to 2015 have now become a reality. We developed the country after ending the war, but the Government that came to power in 2015 harassed us and imprisoned Government officials.

Senior public officials Lalith Weeratunga and Anusha Pelpita were recently acquitted of all charges. There is judicial independence today,” he remarked.

It comprises 1,192 stalls, parking facilities for 600 vehicles at one time, cool rooms, cafeterias, medical centers for vendors and employees, banks and many other facilities.

The four-storied building complex provides facilities for the vegetable transporting vehicles to reach every stall situated up to the third floor.

The Central Engineering Consultancy Bureau (CECB) has provided the engineering services for the construction of the new market complex. Preliminary plans to relocate the Pettah Manning Market in Peliyagoda were drafted in 2011 under the guidance of then Secretary to the Ministry of Defence and Urban Development Gotabaya Rajapaksa.

Although the constructions were to be finished in 2017 according to such plans, the project was delayed under the previous government.

The Prime Minister recently instructed the UDA officials to expedite the construction activities of the market complex.

The two-acre land in the heart of Colombo where the Manning Market was located earlier will be used effectively for development projects after the new market is opened.