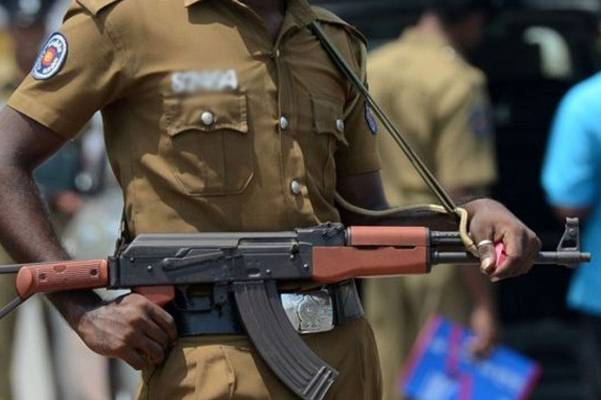 Police personnel have been allowed to use their firearms during the election period should the need arise such as a tense situation, Police Media Division Director SSP Jaliya Senaratne told a media briefing today.

“Police officers are able to use their weapons and action can be taken in line with the provisions under the Criminal Procedure Code and the Penal Code, on the grounds of personal safety. In the case of a theft for instance, these powers can be used to defend their actions even in the event of a death,” SSP Senaratna said. “In addition, when arresting a person, Police personnel are allowed to use necessary and just powers. Although the extent of these powers have not been stipulated, they can be used at the discretion of officers, depending on the situation.”

He said while Police personnel were also allowed to disperse any unlawful assembly, the powers used in such an instance are at the discretion of the officers and depends on the situation.

Police personnel were stationed at polling station from this morning, with at least two police officers armed with weapons designated to cover each polling station.

Police Legal Division Director SSP Ruwan Gunasekara said mobile observers were deployed in every Police division this morning. “Officers belonging to these units have been equipped with cameras to record any violations of the law. Every police division has been provided with such cameras,” he said adding that these recordings may be presented as evidence in court.

Commenting on election campaign pamphlets which have been left on roads, SSP Gunasekara said these were a violation of election laws and such events would be investigate. He said CCTV camera footage will be used for these investigations. The Police urged people not to engage in such activities stressing that mobile observers would be present in the vicinity of polling stations to arrest those who violate election laws.