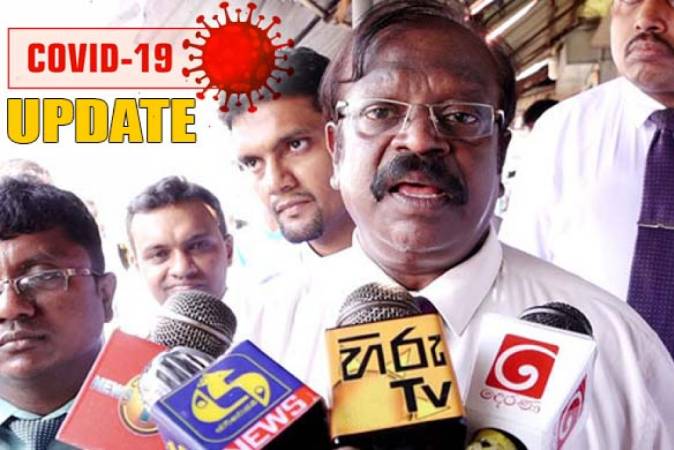 Present Astrazeneca doses not for members of the public

The Astrazeneca vaccines which are presently being administered in Colombo are only for the front line workers and front line service providers and not for members of the public who had received the first doses, Chief Medical Officer of the Colombo Municipal Council, Dr. Ruwan Wijemuni told Daily Mirror yesterday.

Wijemuni said out of the 600,000 doses, 100,000 doses of Astrazeneca was needed for the citizens in Colombo who had received the first jabs and they were awaiting confirmation from the central government.

However, with the stocks presently available, it is only for the health workers and front line service providers.

The current stock of Astrazeneca has also begun to be administered on Parliamentarians and staff members of some Ministers who received the first jabs months ago, the Daily Mirror learns. Rumours were also rife on social media that some with political connections had also been able to acquire the jabs, contradicting the claims that the doses were available strictly for the frontline workers and front-line service providers only.

The rest of the population will have to await the arrival of more consignments which is yet to be finalised. Sri Lanka has presently set a time frame of between 12 to 16 weeks between the first and second doses.

So far, over 3,000 people have been administered the second doses of Astrazeneca, the Daily Mirror learns.

Meanwhile, Dr. Wijemuni said that out of the 450,000 citizens who were eligible to receive the vaccines in Colombo presently, 150,000 had been vaccinated with the first doses of Astrazeneca and Sinopharm, which was one-third of the Colombo population being vaccinated against the COVID-19 virus.

He said the results of the vaccination were being seen as the death rate and infection rate among those vaccinated in Colombo was low compared to the cases reported during the first wave of the pandemic.

He said the CMC aimed to vaccinate the full 450,000 population by July with the different vaccine types which were expected to come in, in the coming weeks.