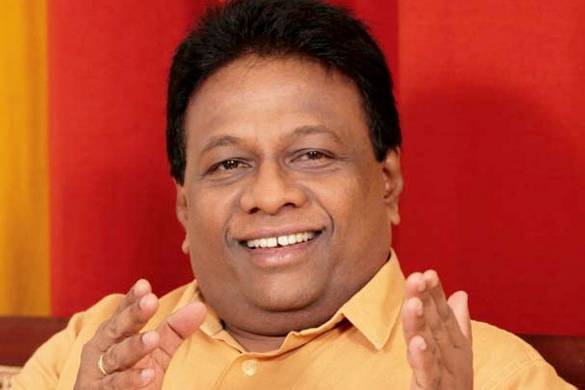 President never said that ‘he failed’

President Gotabaya Rajapaksa never said that ‘he failed’ as interpreted by certain media but admitted that he and the cabinet were not able to fulfill fully the aspirations of 6.9 million who voted him into Presidency, Cabinet spokesman, Mass Media Minister Dulles Alahapperuma said yesterday.

Responding to a journalist at yesterday’s weekly post cabinet news briefing, he said the humble admission of the President clearly manifests the democratic and down-to-earth attitude of President Rajapaksa and the democratic thinking of his government.

“Don’t forget that there was a time when a President kept letters of resignation of government members in his pocket obtained under duress. But under President Rajapaksa, constructive criticism, dissent and comments are possible. We also accept what the President said,” he said. Trade Minister Bandula Gunawardana said the government has not failed in anyway as it has done a great job performing in a commendable way to do the job entrusted to it by the people. “We inherited an economy totally decimated by the yahapalana government. Under former President Mahinda Rajapaksa, Sri Lanka had been promoted to the rank of a ‘Middle Income Country’ in the global ranking when the GDP spiraled to US$ 79 billion in 2014 from a mere US$ billion in 2003. Under President Mahinda Rajapaksa, Sri Lanka became a fully active worksite from an unproductive baron land. All these achievements were reversed after 2015 under shortsighted and antipeople policies of yahapalana government,” Minister Gunawardana said. (Daily Mirror)