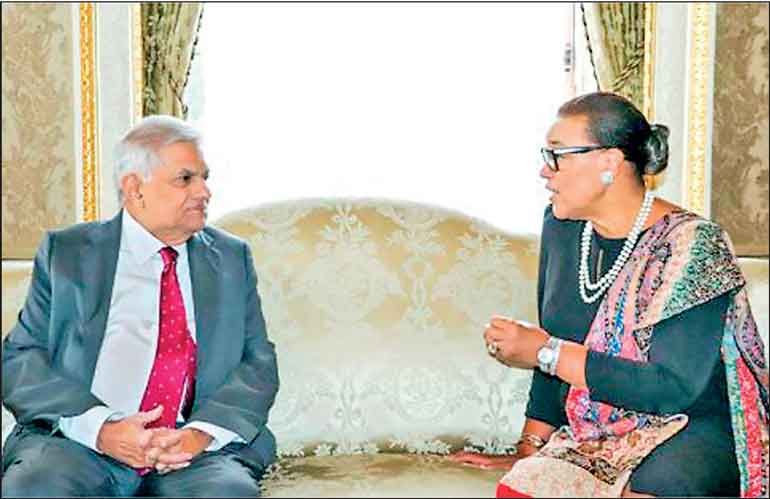 President Ranil Wickremesinghe met with the Commonwealth Secretary-General Patricia Scotland QC on Tuesday during his visit to the UK.

“They discussed Sri Lanka’s engagement with the Commonwealth Secretariat and matters of mutual interest,” a statement issued by the President’s Media Division noted. It also added that President Wickremesinghe attended a reception hosted by the Secretary of State for Foreign, Commonwealth and Development Affairs James Cleverly at the Church House last Sunday.

The PMD said the events provided the opportunity for the President to interact with world leaders.

President Wickremesinghe left for the UK on Saturday to attend the State funeral of the UK’s longest-serving monarch Queen Elizabeth II, which was held on Monday. It was also his first official visit overseas after taking office as the President.

The President concluding his official visit returned to the country yesterday.