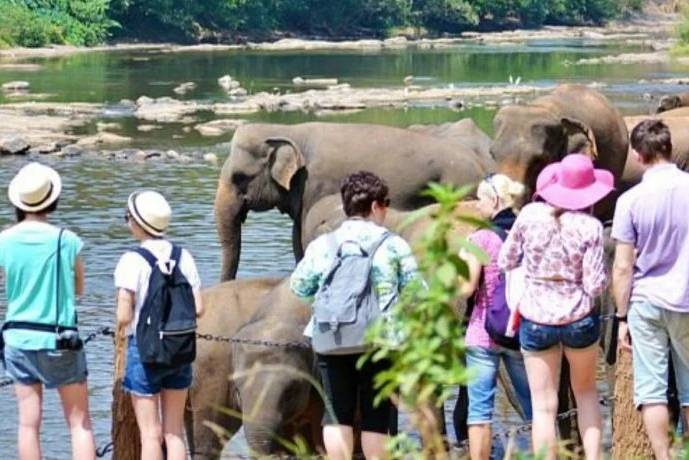 SLTDA gets approval to allow inter-provincial movement for tourists

The Sri Lanka Tourism Development Authority (SLTDA) yesterday received the green light from Health Services and the Police to allow tourists to move between provinces in a bio-bubble setting.

The move follows after the Government imposed travel restrictions on people’s movement last week within provinces, as part of COVID-19 mitigation efforts.

“We received a number of complaints from tourists on difficulties during their inter-provincial travel. Police officers at several checkpoints had not allowed tourists to move to the hotels there had booked into. Hence, I requested the Health Services Director General and Inspector General of Police (IGP) to allow them to move between provinces,” SLTDA Director General Dhammika Wijesinghe told the Daily FT.

She said as of yesterday 2,803 tourists were in the country.

On 12 May, the Health Ministry issued revised inter-provincial travel restrictions till the end of this month after considering the spike in COVID-19 infection cases. However, the revised guidelines did not mention the movement of tourists and only cited that hotels, rest houses and guesthouses can only allow a maximum of 25% of their total capacity at a given time while adhering to the instructions provided.

SLTDA has already issued guidelines for all service providers to strictly adhere to health and safety protocols, insisting that severe action will be taken for those violating the regulations in place.

After a 10-month closure, Sri Lanka reopened borders and resumed international tourism on 21 January. Since then, over 13,000 tourists have arrived while complying with health and safety guidelines on account of the COVID-19 pandemic.