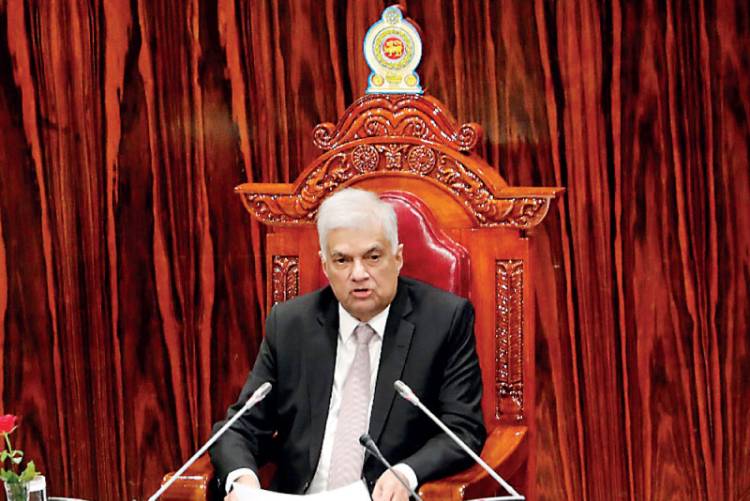 President Ranil Wickremesinghe yesterday briefly yet effectively showcased the disaster suffered by Sri Lanka from disunity at all levels.

“From the past, our country suffered disputes due to disunity. We were divided into ethnic groups. Divided into languages.

“These divisions were used to gain power, and seek advantages from the distribution of power. They tried to maintain power by creating various divisions such as ethnic groups, religions, etc.,” Wickremesinghe told MPs after the ceremonial opening of the third session of the ninth Parliament.

He said that ever since entering politics, he wanted to create a society with a Sri Lankan identity, without these divisions and to create a nation where children of one mother can live in harmony.

“I suffered political defeats due to regular engagement in this exercise. It was criticised by extremists, because of my continued stand against racism and bigotry, some political parties slandered me as a racist. However, I did not deviate from my principle. I will not deviate from that policy,” the President emphasised.

Wickremesinghe said today, the majority of the youth have accepted that they want to continue his policies. “They chant slogans against racism and bigotry. Protests are being carried out mentioning the necessity of peace among ethnic groups of Sinhala-Tamil-Muslim-Burgher, etc.

“Sinhalese youths say that all the ethnic groups including Tamils and Muslims should be treated equally. I am glad that the young generation understands the truth that I tried to explain to this society for about five decades,” the President added.