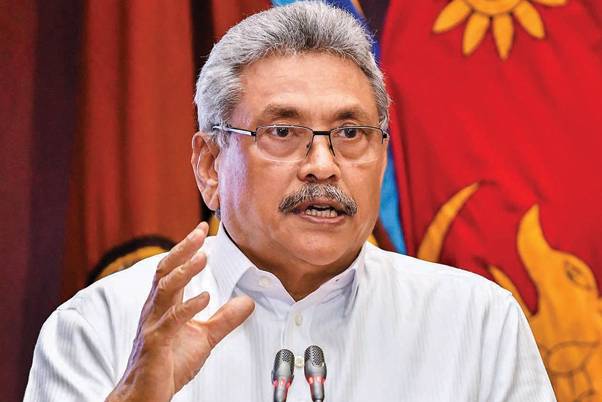 A three member panel has been appointed to probe the findings of former war commissions.

The panel has been appointed as the Human Rights Council prepares to discuss human rights in Sri Lanka at its next session in February-March 2021.

President Gotabaya Rajapaksa has issued a gazette notice appointing the panel headed by Judge of the Supreme Court A.H.M.D. Nawaz.

Others in the panel are retired Inspector-General of Police Chandra Fernando and retired District Secretary Nimal Abeysiri.

The President noted that the policy of the Government of Sri Lanka is to continue to work with the United Nations and its Agencies to achieve accountability and human resource development for achieving sustainable peace and reconciliation, even though Sri Lanka withdrew from the co-sponsorship of the UN Human Rights Council resolutions on Sri Lanka.

“The Government of Sri Lanka is committed to ensure that, other issues remain to be resolved through democratic and legal processes and to make institutional reforms where necessary to ensure justice and reconciliation,” the President said in the gazette notice.

The President said that he is of the view that it is necessary that a Commission of Inquiry be appointed to investigate and inquire into and report or take necessary action on matters hereinafter referred to and provided for.

The President has also instructed the commission to identify what are the findings of the said Commissions and Committees related to the serious violations of human rights, serious violations of international humanitarian laws and other such offences and whether recommendations have been made on how to deal with the said facts, manner in which those recommendations have been implemented so far in terms of the existing law and what steps need to be taken to implement those recommendations further in line with the present Government policy.

The panel has been authorised and empowered to conduct or cause the conduct of necessary investigations and inquiries and transmit Interim Reports where it is necessary, and the final Report within six months. (Colombo Gazette)