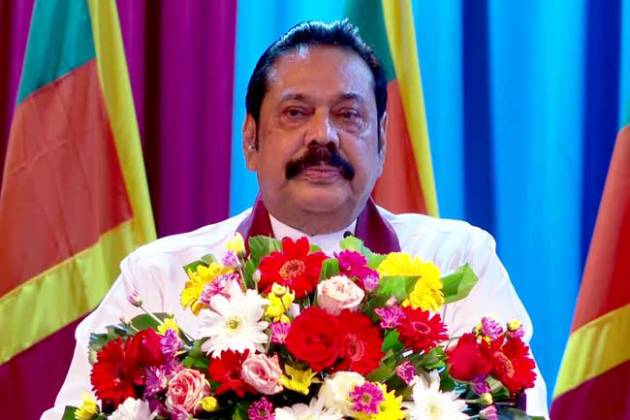 19A has violated people’s rights: PM

The 19th Amendment to the Constitution has violated the fundamental rights of the people, SLPP Leader and Prime Minister Mahinda Rajapaksa said yesterday.

Addressing a forum of academics in Kandy, he said the yahapalana government introduced the 19A mainly to violate the fundamental rights of the Rajapaksas.

"Though this was the main intention, it has also violated the rights of the people. Even amid all obstacles and to the dismay of the previous governemnt, 6.9 million of people elected Gotabaya Rajapaksa as the President thus approving his programme for the country," the Prime Minister said.

He requested the people to elect a parliament with a clear majority for the Sri Lanka Podujana Peramuna (SLPP) so that a Cabinet which supports the President's programme can be appointed.

"In this endeavour, only the educated, wise and experienced politicians as well as members from the youth community that can serve the public better should be elected to parliament," the Prime Minister said.