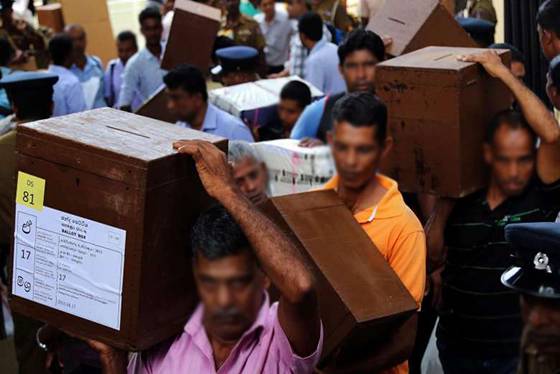 Aug. 5 polls the most expensive in SL history

The upcoming August 5 General Elections will be the most expensive poll held in Sri Lankan history as the Elections Commission struggles to keep the cost at Rs.10 billion, a senior official told the Daily Mirror yesterday.

Elections Chief Mahinda Deshapriya said the Commission was trying its best to keep the cost at Rs.10 billion and the staff were trying their best to ensure expenses do not surpass this mark due to several health measures which have to be adopted due to the COVID19 pandemic and the deployment of additional staff as a result.

"We are trying to limit it. This is the most expensive election in history as we have to deploy additional staff along with face masks, sanitizers and all other health guidelines. We hope we can reduce the cost and keep it at Rs. 10 billion," Deshapriya said.

Further Deshapriya said that those under self quarantine in their homes due to the COVID-19 virus could cast their votes following clearance received by the MoH and arrangements would be made to allocate a separate time for them.Voting has also been extended by a further hour until 5 pm. Voting will start at 7 am.