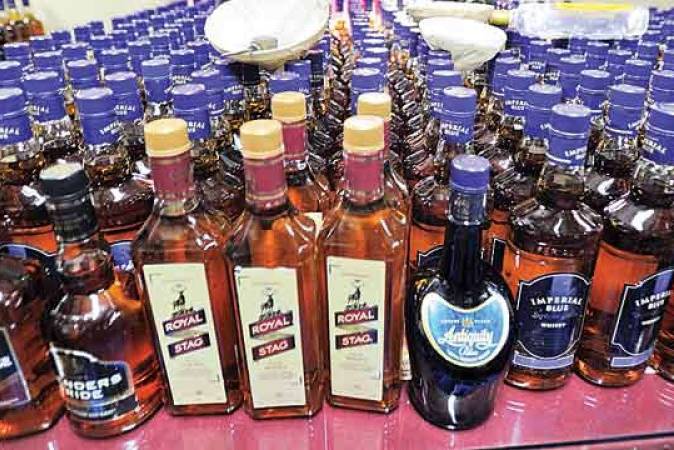 MP Pathirana said unlike a regular barcode the particular security sticker cannot be read by the general public using a regular smart phone. It requires a special device for that which is currently possessed by the Excise Department. Therefore, the general public has no means of identifying a genuine liquor bottle from a counterfeit.

“It is the same company, which was entrusted to print the security stickers that has leaked these fake stickers into the market or to the said Excise officials. Since the beginning I have raised this issue from time to time that the company selected by the Ministry of Finance to print these stickers was dodgy and with a fraudulent history.

By issuing these fake stickers to the market the authorities or the public could not distinguish the quality of the liquor one consumes. And it also has a heavy impact on the country’s tax revenue as the counterfeit liquor bottles could not be recognized,” he said.

The Parliamentarian also pointed out the fact that artificial toddy continued to enter the industry of liquor production.

“The country’s daily requirement of toddy is about 150,000 litres and the natural coconut toddy supply per day is 45,000 litres. Therefore, the rest is dependent on the artificially enhanced toddy. Even the State Minister of Finance Ranjith Siyambalapitiya raised this issue in the House,” MP Pathirana said. (Kurulu Koojana Kariyakarawana)