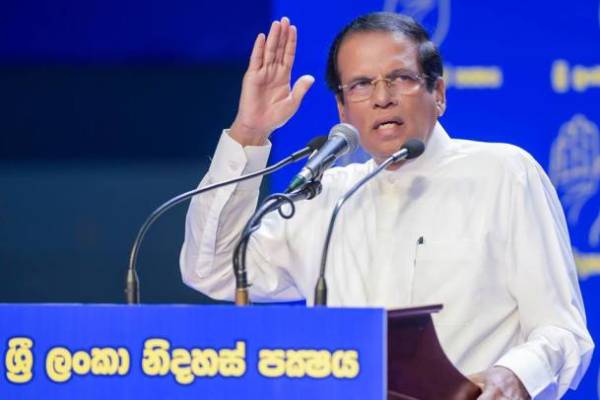 Sri Lanka Freedom Party has begun the process to field it's leader Maithripala Sirisena as the next presidential candidate.

It is learnt that this suggestion has come out at a meeting held in Galle to restructure the party. The meeting was attended by party's district managers and pradeshiya sabha members.

Ex-president Sirisena too had attended the meeting, but he has not said anything on this proposal.

But Sirisena has said his policies were respected by all leaders across the world.