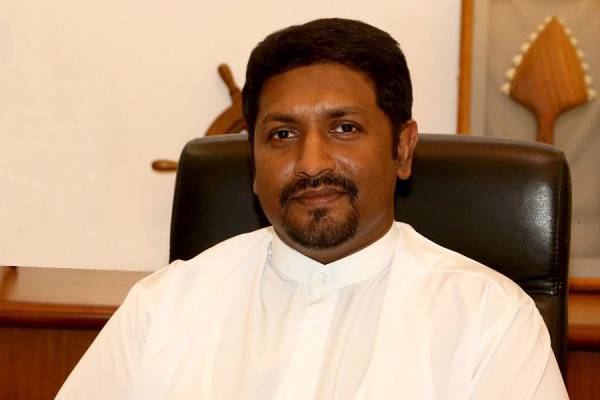 UNP ready to work with SJB in Parliament: Ruwan

Newly appointed United National Party (UNP) Deputy Leader Ruwan Wijewardene said yesterday he was prepared to work with the Samagi Jana Balawegaya (SJB) when it came to the activities in the opposition.

He said this after participating in religious observances at the Gangarama Temple in Hunupitiya.

“SJB members were originally from the UNP. Some of them have been talking to me during the past few days and I am prepared to work with them in the future,” Mr. Wijewardene said. “My priority is to bring back the UNPs glory days and give it a new outlook. I will have a dialogue with all concerned to unite the party once more."

Mr. Wijewardene said he would have a discussion with Assistant Leader Ravi Karunanayake and get his support for the welfare of the party. “He is a matured politician who has done much for the party. We need his services,” he said adding that the UNP working committee would decide on nominee to fill the national list slot.

Mr. Wijewardena said the party would oppose the 20th Amendment and ensure that democracy prevails in the country.

Gangarama Temple's Vihara Adikari the Ven. Kirinde Assaji Thera in his anusasana advised Mr. Wijewardena to follow the advice of the Maha Sangha and the other religious leaders and work closely with them when carrying out party affairs. “UNP is a giant tree but it has been damaged by the winds that struck the party. Its roots have been exposed and it is you who should see that the tree is fixed firmly to the soil and help this tree to produce new branches,” the monk said.