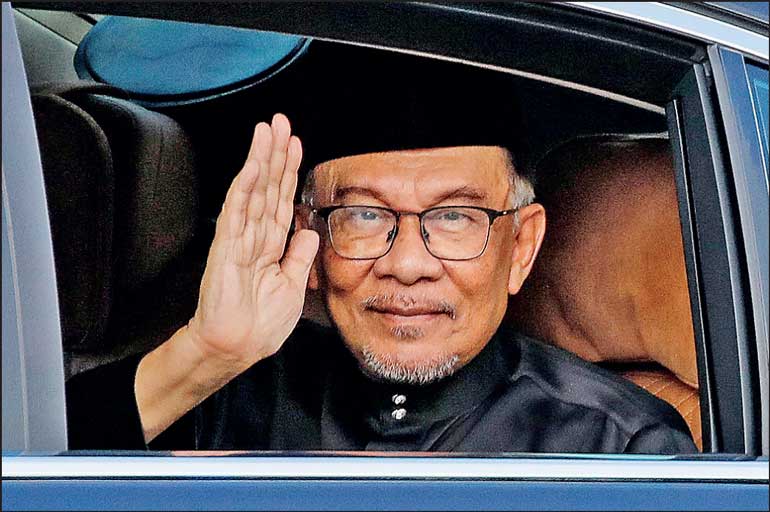 The ceremony at the palace closes the chapter on one of the most dramatic elections in Malaysia’s history, after no party managed to secure a majority to form a Parliament for the first time since independence in 1957.

Anwar’s ascension to the premiership caps a turbulent political life, which has not only propelled him into the corridors of power but also landed him inside a jail cell.

“I, Anwar Ibrahim, after being appointed to hold the position of Prime Minister, solemnly swear that I will honestly fulfil that duty with all my efforts and that I will devote my true loyalty to Malaysia,” the 75-year-old said while dressed in traditional Malaysian clothing.

In the capital Kuala Lumpur, Anwar’s supporters were in a celebratory mood.

Campaigning on an anti-graft message, Anwar’s multi-ethnic Pakatan Harapan coalition won the most seats in the weekend’s election with 82.

But it still fell short of the 112 required for a majority.

In an attempt to break the deadlock, the King had summoned Anwar and former Prime Minister Muhyiddin Yassin, whose Perikatan Nasional bloc came in second place with 73 seats. But no deal could be struck.

The King held a special meeting with other royals earlier Thursday before the palace announced Anwar as the new premier.