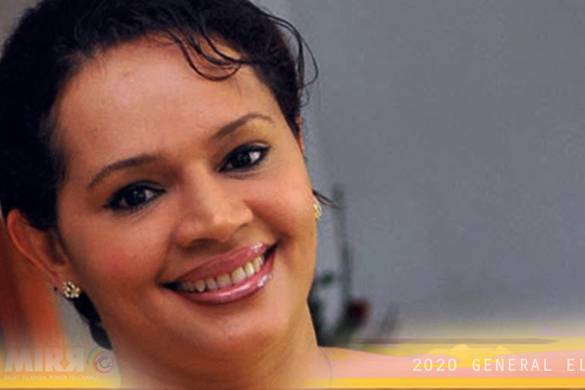 Member of Parliament Diana Gamage was elected as the President of Sri Lanka – South Africa Parliamentary Friendship Association for the ninth Parliament yesterday (29).

The meeting was held under the patronage of Speaker Mahinda Yapa Abeywardena, and High Commissioner of South Africa in Sri Lanka - Sandile Edwin Schalk, participated in the meeting as the special guest of honour.

At this meeting MPs Aravindh Kumar, Weerasumana Weerasinghe and Marjan Faleel were elected as the Vice-Presidents of the Association.

Addressing the meeting, the Speaker said that the Sri Lanka - South Africa Parliamentary Friendship Association would further enhance the cordial relationship that exists between the two countries for many decades to come.

“South Africa is the leading trading partner for Sri Lanka in the South African Region and the two countries intend to enter into a free trade agreement,” the Speaker added.

Congratulating the President and office bearers on their membership of the Association, High Commissioner of South Africa in Sri Lanka - Sandile Edwin Schalk expressed confidence that the establishment of the Association would strengthen Parliamentary exchanges and interactions between the two countries.

While denying the media reports on the new variant of the Covid virus “Omicrone” the High Commissioner clarified that although South African doctors were the first to discover the virus, it was not originated in South Africa.

Speaking on the occasion, newly elected President of the Sri Lanka-South Africa Parliamentary Friendship Association - MP Diana Gamage said that relations between two legislatures could be further expanded through study and goodwill visits by Parliamentarians of both countries.