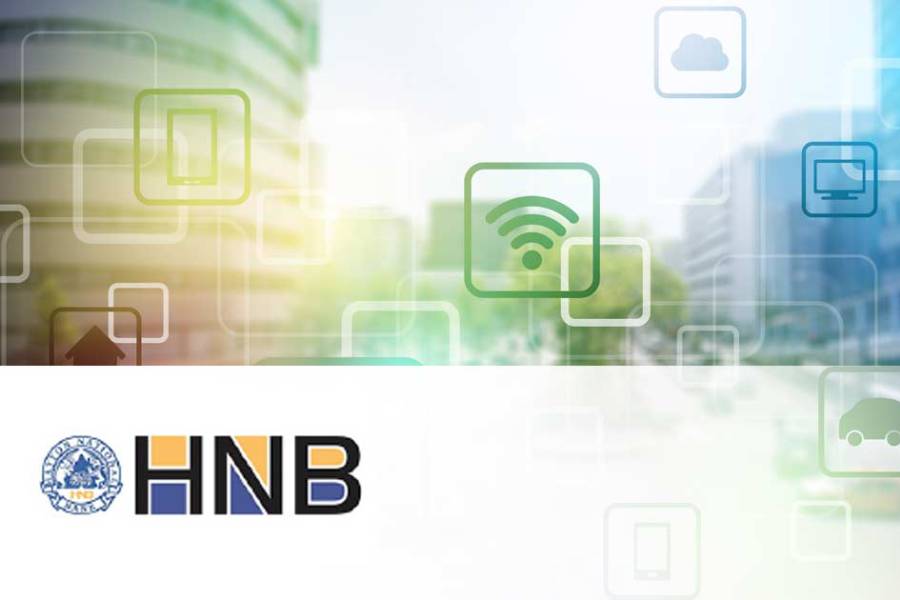 HNB Group has recorded a Profit Before Tax of Rs. 6.7 billion and a Profit After Tax of Rs. 6.1 billion during the first six months of 2022 amid extremely challenging operating environment.

HNB Chairperson Aruni Goonetilleke said: “The extraordinary market conditions have created a set of new challenges for the entire banking sector. As the external factors continue to be volatile it is important to take necessary steps to minimise the negative impact due to the risk factors.

“At the same time, we must be open to opportunities that arise even during a crisis situation. Our performance during the first half reflects this meticulous and prudent approach as we stay focused on delivering long term value to our stakeholders.”

The gross income of the bank grew by 71% YoY to Rs. 97.1 billion driven by a 53% growth in interest income, 61% growth in fee income and 349% growth in exchange income. The exceptional growth in net interest income from Rs. 23.2 billion to Rs. 40.2 billion was primarily due to the increase in average AWPLR by approximately 16 percentage points in line with the tight monetary policy adopted by the Central Bank of Sri Lanka.

The bank made a total impairment of Rs. 40.1 billion for the first six months of the year compared to a charge of Rs. 6.3 billion in the previous year. The total impairment charge for the period included an impairment of Rs. 27.3 billion on account of the foreign currency denominated government securities held by the bank pursuant to the suspension of external debt repayment by the Government and the sovereign downgrade.

Considering the volatilities and the economic factors, the bank recognised an impairment of Rs. 22.7 billion on account of loans and advances for 1H 2022 compared to the provision of Rs. 6.2 billion made in the corresponding period of 2021.

An amount totalling to Rs. 10.8 billion relating to the exchange impact on impairment of foreign currency loans and investments was set off against the exchange income for the period. The net stage III ratio of the bank improved to 2.46% from 2.55% as at end of December 2021 while the provision coverage on stage III loans improved from 56% to 63% maintaining the position as one of the best in terms of asset quality among peers.

The operating expenses for the 1H of 2022, increased by 26% to Rs. 14.9 billion mainly due to devaluation of the currency, higher energy costs and increase in staff expenses subsequent to salary revisions effected at the beginning of the year. Nevertheless, the cost to income ratio of the bank improved by approximately 14 percentage points to 23.5% as total operating income recorded a higher growth during the period.

Managing Director and CEO Jonathan Alles said: “Since 2019 HNB has been supporting its customers to revive their livelihoods by extending capital and interest moratoria. With such assistance coming to an end and debilitating economic conditions impacting repayment capacity of customers, we have conservatively recognised substantial impairment on our loans and advances.

“Furthermore, ahead of the finalisation of the debt restructuring program with the IMF, we have prudently made a significant impairment on our investments in Sri Lanka Development Bonds and Sri Lanka Sovereign Bonds during the first half of 2022. This resulted in the exceptional growth in total operating income being absorbed to a great extent.”

“Recently a banking consortium which included HNB and seven other banks appointed a Singapore based legal firm to act as the common legal counsel to protect the interest of these banks in terms of their holding in international sovereign bonds. Given that the banking sector is the lifeline of the economy, we strongly believe that the authorities will decide on a mutually agreeable solution to safeguard the interest of the banking sector.”

He added that “notwithstanding the external challenges, we will continue our journey on ensuring an enjoyable experience to our customers through unparalleled service, digitalisation and process re-engineering while continuously developing our human capital in order to be ready to serve and support post crisis Sri Lanka and Sri Lankans”.

The bank reported Tier I and Total Capital Adequacy Ratios of 11.39% and 14.54% respectively against the minimum requirement of 9.5% and 13.5% respectively. The Central Bank also permitted licensed commercial banks to drawdown up to 250 bps on the capital conservation buffer lowering the requirement to 7% and 11% respectively.

Furthermore, the bank’s liquidity position continued to be strong with liquid asset ratio and all currency liquidity coverage ratio at 23.9% and 210.3%, against the statutory requirements of 20% and 90%, respectively.