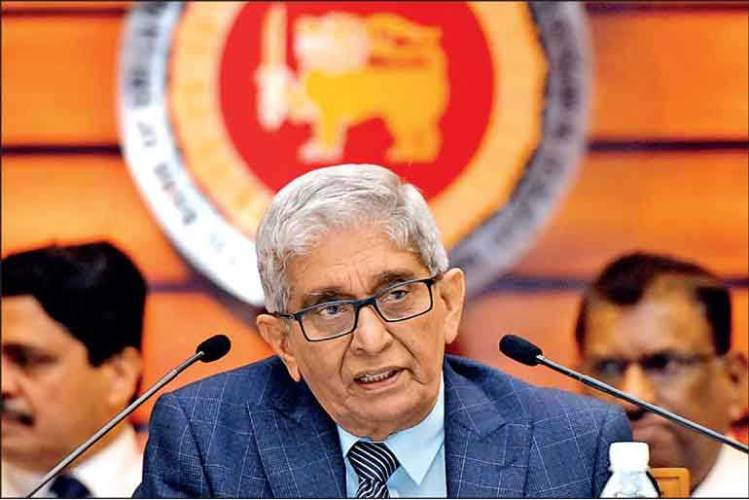 As the third COVID-19 wave continues to sweep across Sri Lanka, Central Bank Governor Prof W.D. Lakshman yesterday said growth projections for 2021 may need to be reassessed and the monetary institution was closely monitoring the evolving situation.

Responding to questions during a webinar organised by the Central Bank titled ‘State of the Sri Lankan Economy, Challenges and Outlook as reflected in the Annual Report 2020,’ Prof. Lakshman acknowledged that the rising infection numbers could dent the 6% growth projection estimated by the Central Bank.

He pointed out the Annual Report was formulated before the third wave hit and at the time the economy was recovering rapidly after the second wave, making policymakers hopeful of the economy posting strong growth this year. In Budget 2021 presented in November the Government set a growth target of 5.5-6% and focused on a strong recovery after a contraction of 3.9% in 2020.

“Everything has gone against our expectations because of this pandemic situation that has been bothering us since last year,” the Governor said during the online forum. “Economic management has never been more challenging than in 2020. The Government and Central Bank has deployed all tools possible to steer the government through challenging and unfamiliar circumstances.”

“We prepared these projections before the present wave of COVID-19 expansion. So with these changes in the COVID-19 situation there are bound to be changes in the underlying data sets and circumstances we have outlined in the Annual Report. We were doing our work at a time when normalcy was happening rapidly. There were also rising export expenditure and global recovery was underway. But these have moderated with the latest wave. The latest patient numbers are indicative of the challenges we face.”

Central Bank officials also said growth numbers were likely to change later this year as Sri Lanka rebases its GDP. New national accounts will be made using 2015 as the base year by the Census and Statistics Department in 2021, which could see key numbers being revised.

However, Prof. Lakshman said the Central Bank was hopeful that patient numbers would moderate in the coming weeks, allowing businesses to recommence operations. When asked whether the economy should be placed first, as being done by the Government, or lockdowns should be imposed to reduce infections, the Governor called for consensus from the different camps.

“My concern is that both have to be done simultaneously. One cannot be abandoned for the sake of the other because there are issues of the survival of people’s jobs and incomes. As a result the economy also has to be taken care of while looking after the people’s lives through the necessary health measures. It is unfortunate that there is a certain amount of differences of opinions in society as to how these can be combined and I hope these will gradually pass away. I hope there will be consensus on how we should handle this third COVID-19 wave.”

Central Bank Deputy Governor N.W. Nanayakkara responding to questions said that despite pandemic challenges the Central Bank had worked hard to ensure debt repayments were made on time, with a standby arrangement already in place with China. He said the institution was working with many other countries, including Bangladesh, Oman and Qatar, to have several other standby arrangements in place in case reserves needed to be topped up.

He also defended the import ban and said its easing out would be dependent on the improvement of the external situation.

“The pandemic has compelled us to take decisions we would not even consider otherwise. We have to consider our economy and the decisions made by other countries. It may be that we will need to make some sacrifices,” he added.