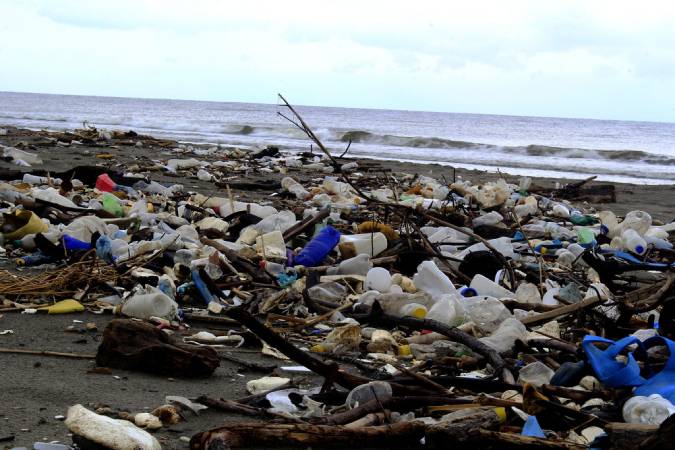 The Sustainable Development Goals (SDGs), or Global Goals, aim at paving the way to a prosperous world in economic, social, and environmental dimensions. There are 17 SDGs demarcated by the United Nations (UN) in 2015 to address the global challenges, and almost all countries of the world, including Sri Lanka, are progressing towards achieving these goals.

Marine environment is as significant as the terrestrial environment. Marine life, physical and chemical attributes of the ocean, is a key to the balance of the planet. Moreover, as the oceans cover more than three quarters of our planet, fulfilling the food, water, and energy requirements of mankind, the sustainable use and conservation of oceans, seas, and marine resources are of immense importance as indicated by Goal 14.

At present, most of the marine ecosystems around the world are facing deterioration due to human activities. Marine pollution, ocean acidification, as well as overfishing and overuse of marine resources have threatened the biodiversity and balance of the ocean. Hence, considering the challenges faced by the oceans and marine resources, the first target of Goal 14 is focused on the reduction of marine pollution caused by land-based activities, including marine debris and nutrient pollution.

Sri Lanka, being a beautiful island nation surrounded by the Indian Ocean, has a coastline extending 1,620 km and is privileged with an Exclusive Economic Zone (the sea area up to 200 nautical miles from the coastal line of a country where it has rights to exploit and manage natural resources) that is eight times as big as the land area. Hence, the economy and livelihoods of people depend, to a great extent, on marine ecosystems in the country. The coastal area of Sri Lanka comprises mangroves, coral reefs, sand dunes, seagrass beds, lagoons, estuaries, and wetlands that harbour many fish species, diverse invertebrates, as well as turtles and whales.

The fisheries sector is one of the major income sources in the country where the total marine fish catch is 86% of the total fish production. The rich biodiversity in marine ecosystems has made Sri Lanka a tourist hotspot as well. This makes the oceans and marine ecosystems part of human livelihood and the economy. The importance of conserving marine ecosystems in Sri Lanka, therefore, cannot be overemphasised.

In recent years, marine pollution has become the most serious threat to the oceans around Sri Lanka.

The key reason for marine pollution in Sri Lanka was found to be due to microplastics – plastics of the size less than 5 mm, generated gradually from plastic waste collected in the ocean like bottles, bags, toothbrushes, etc. Research conducted by the National Aquatic Resources Research and Development Agency (NARA) in 2018 found that the water in the sea around Sri Lanka is highly polluted with microplastics, indicating their highest abundance in the waters of north-western coast. Plastic pollution in Sri Lankan oceans is caused by plastics dumped into the rivers and canals reaching the oceans, as well as due to direct plastic dumping by fishermen.

Microplastic pollution results in the decrease of fish stocks due to the ingestion of microplastics by fish. This leads to a severe economic loss to a country like Sri Lanka, where the marine fishery sector contributes to 1.2% of the gross domestic product (GDP). Consuming microplastic-ingested fish that live in the polluted ocean could have severe health impacts. As indicated by a review study published in Volume 702 of the “Science of the Total Environment” (2020) journal on the effects of microplastics on human health, the microplastic ingestion causes disruption of immune function and cancer.

In addition, marine birds too can be subjected to a greater threat and the rich biodiversity of the marine environment will experience degradation. Hence, marine pollution has a negative impact on the tourism industry, aquaculture industry, and the aesthetic beauty of Sri Lanka. Marine pollution will become an obstacle to the sustainable use of marine resources creating severe environmental and economic impacts.

Protecting our marine ecosystems requires a strong commitment by both policymakers and the general public. This means stronger law enforcement against plastic dumping in the oceans, as well as implementing environmentally friendly solid waste management systems.

A strong policy foundation has been built under the national policy framework “Vistas of Prosperity and Splendour” towards achieving these objectives by encapsulating strategic targets focused on safeguarding the coastal areas and the marine environment. In addition, the Budget 2021 proposes banning the use of single-use polythene and plastics with effect from 1 January towards more environmentally friendly polythene and plastic waste management.

The public has a duty of adapting to the use of biodegradable materials in their day-to-day lives and to follow the 3R concept of reducing, reusing, and recycling plastic material. We need to cultivate the habit of refraining from dumping plastics to the oceans.

As outlined in the national policy framework, putting the 3R concept into practice is a timely need to address this issue.

The commitment and the collaboration of both policymakers and the public towards minimising marine pollution would ensure the conservation of marine resources, paving the way towards a healthy ocean and a sustainably developed country.