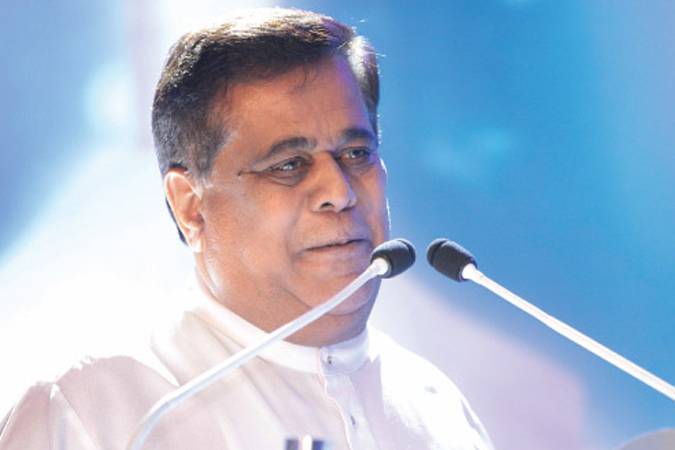 Sri Lanka had to pay around Rs.930 million annually in the past to sustain labour sections in the country’s foreign missions, especially in the Middle East, Labour Minister Nimal Siripala de Silva said.

He said a sizable number of employees were either less-qualified or did not have the necessary skills to perform their job-related tasks in those offices.

The minister said a decision had been made to prune staff and appoint better qualified officers and bring down the cost.

The minister told the ‘Daily News’ that underqualified labour attaches meant extra expenditure for foreign missions as they had to hire outside help for language interpretation and other related work.

The minister further said no decision has been taken to close labour sections in the country’s foreign missions as some reports had suggested.

“All the labour sections are functioning. What we have done is prune manpower and improve productivity with better qualified people.We have officers from both the labour ministry as well as the Sri Lanka Bureau of Foreign Employment (SLBFE) to help our migrant workers”.

The minister said in the past the SLBFE alone had sent around 135 officers to work at the labour sections of the country’s foreign missions.

“But what we found was a lot of people who have been sent do not have the capacity to work there. Especially with the COVID-19 situation they have become redundant,” he added.

The minister also said the income of the SLBFE had gone down by about 80 per cent due to the COVID-19 pandemic.

“The bureau is running at a loss; the income has gone down by about 80 per cent. The SLBFE’s only income is through the payments made by people emplaning for employment abroad, the Rs. 17,500 and a part of the agents’ commission.We cannot incur any extra expenditure,” the minister said.

However, on a positive note the minister said remittances by workers had not decreased and was almost on a par with last year’s figures.

The minister explained this was due to more Sri Lankan migrant workers using the official channels such as Banks to remit money home during the COVID-19 pandemic.

“This is a positive aspect. Earlier our calculations were wrong.What comes into the books are funds remitted using legal means and these are recorded in the Central Bank. Remittances done using unlawful methods are not recorded.Now with the COVID situation more people are using the lawful means of sending money. Also, in this budget we proposed to pay an additional Rs.02 for every dollar remitted and this will further encourage migrant workers to send money home using official channels such as banks,” he said. Sri Lanka had received USD 6.7 billion as remittances from the country’s migrant workers in 2019 where migrant worker remittances to foreign exchange earnings was 25.5%, while its contribution to Sri Lanka’s GDP was 8%.