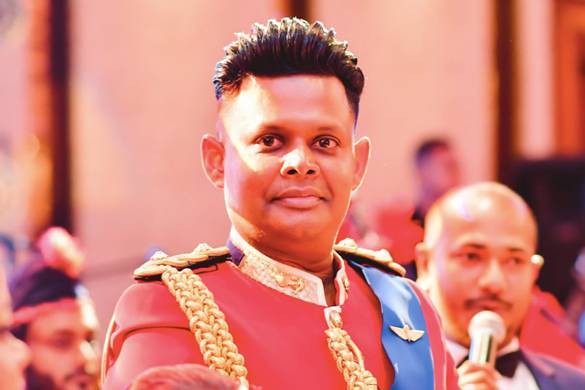 Organisers of the Mrs. Sri Lanka for Mrs. World pageant have denied claims the event was fixed.

There has been strong speculation on social media that the pageant was fixed to help Pushpika de Silva win the finals.

However, the National Director for Mrs. Sri Lanka for Mrs. World, Chandimal Jayasinghe told Colombo Gazette that allegations of political influence are a false.

He said there was no political influence and that the event was conducted in coordination with the sponsors.

Jayasinghe said that the Mrs. Sri Lanka for Mrs. World 2021 pageant was his third pageant and the event was not fixed or politicised.

Chandimal Jayasinghe further said that all contestants who participated in the pageant had accepted the event’s final outcome.

He also pointed out that rumours and allegations may have been raised due to personal disputes.

Jayasinghe said every contestant is entitled to freedom of expression and hence some views are personal opinions and cannot be addressed by the organisers.

The Mrs. Sri Lanka for Mrs. World pageant was held at the Nelum Pokuna Theatre in Kandy on 4th of April.

The event was marred with controversy, after former Mrs. World Caroline Jurie uncrowned the winner of the pageant Pushpika de Silva stating that she was a divorcee and was ineligible to contest.

However, Pushpika issued a statement announcing that she was not a divorcee, and was re-crowned by the pageant organisers.

Thereafter, Caroline Jurie and former model Chula Pademendra were arrested and released on Police bail, after investigations were launched based on a complaint filed by Pushpika on the incident.