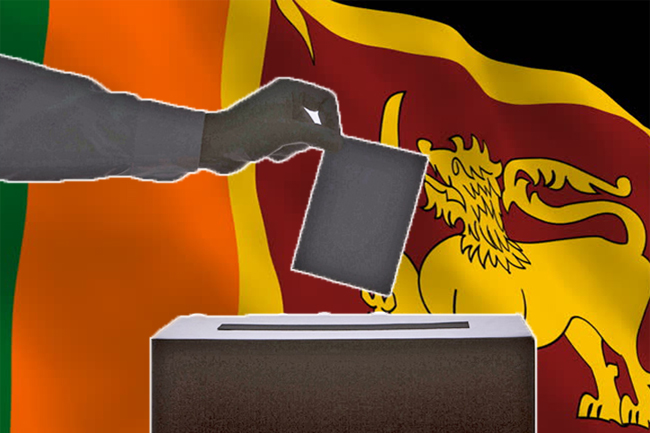 Ballot papers will be kept at counting centres overnight under tight security after voting ends on election day until the counting of votes begins the next day.

National Elections Commission Chairman Mahinda Deshapriya told the Daily Mirror that the sealed ballot boxes will reach the counting centres after voting ends and will be placed into another bigger box which will also be then sealed.

Deshapriya said the sealed boxes will be kept in the room at the counting centre and the room will be locked.

For over 10 hours no one will be allowed into the counting centre where the ballot boxes are placed until counting of the ballots begins the next day (August 6).

Deshapriya said that special security measures implemented at past elections will also be implemented together with new measures being introduced at the August 5 elections.

“No one can change the ballot box, open the box or do any changes. It cannot happen,” he said.

Deshapriya said that all political parties and independent groups contesting the election can send two agents each for each polling divisions to stay overnight.

He also said that uniformed and plain-clothed police officers in addition to officers of the Election Commission will also stay at the counting centres overnight.

Meanwhile, Deshapriya said that people in self quarantine will be given a special time to vote at the normal polling booths.

He said that since the original idea of mobile booths had been dropped the people in quarantine will be given time after 4 pm or 5pm to vote at the normal booths.

Deshapriya also insisted that all measures will be taken to ensure the polling booths are safe for voters and Covid free.

He urged the voters to ensure they exercise their right to vote and not stay away fearing they will contract the coronavirus. (Daily Mirror)