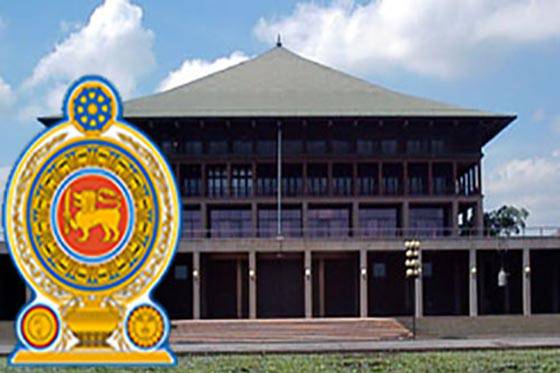 Twenty two MPs of the 8th parliament have recorded an attendance of 40% or below, an analysis shows.

According to data compiled by manthri.lk, the MP with the lowest percentage is Premalal Jayasekara aka 'Choka Malli' (21%).

It is singular that four prominent party leaders are also among those with lowest attendance. They are, leader of the Sri Lanka Podujana Peramuna - Mahinda Rajapaksa (33%), leader of the Samagi Jana Balawegaya - Sajith Premadasa (39%), late leader of the Ceylon Workers' Congress - Arumugam Thondaman (22%) and Ven. Athuraliye Rathana Thera of the Ape Jana Bala Party (39%).

Meanwhile, only 13 MPs had an attendance of over 90% and UNP parliamentarian Gayantha Karunatillake tops the list with 97.6%. 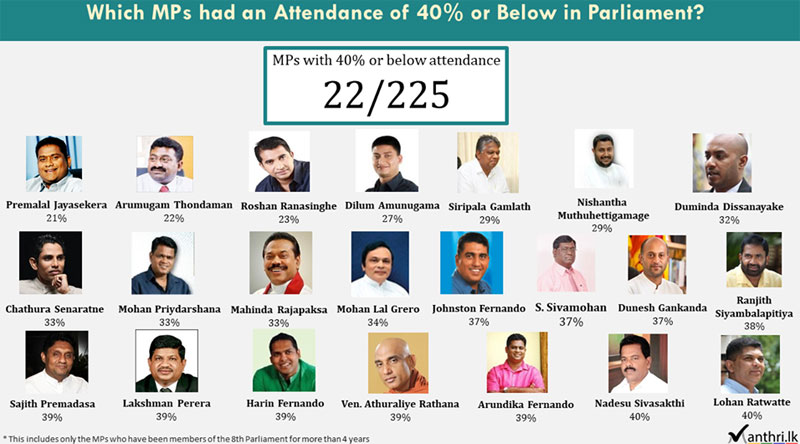 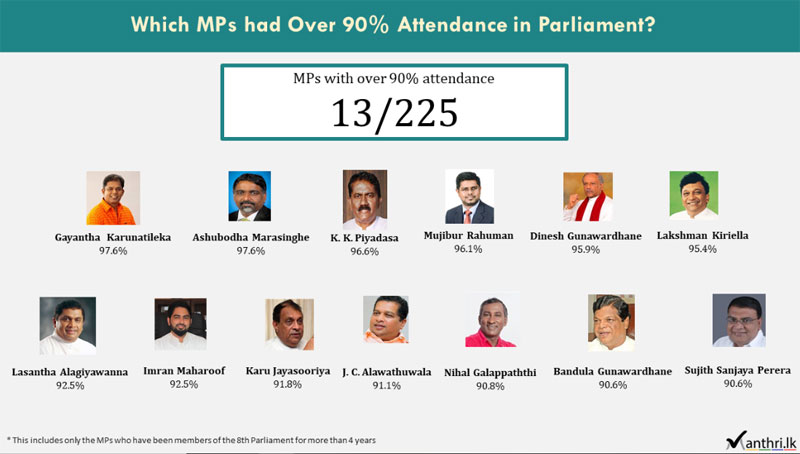