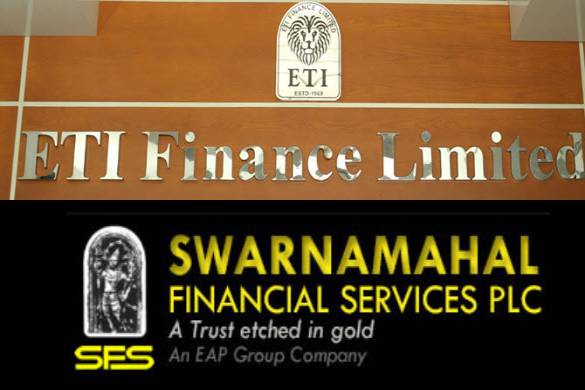 The Central Bank yesterday said Swarnamahal Financial Services PLC (SFSP) has been allowed to partially resume its business operations for three months for the sole purpose of repaying 50% of the remaining deposits of the company.

The Monetary Board of the Central Bank of Sri Lanka has made an order permitting SFSP to resume business notionally for a limited purpose and limited time under the supervision of the Panel of Management appointed by the Monetary Board, it said in a statement.

However, the resumption is subject to several strict conditions in the public interest and in the interests of the depositors of the company and is only for a limited period of three months from 13 January to 12 April, in terms of Section 31(5)(a) of Finance Business Act, No. 42 of 2011 (FBA), only for the purpose of repayment up to 50% of the remaining deposits of the company (repayment plan).

Due to the various irregularities that had taken place and the inability of the Board of Directors and the Senior Management of SFSP to address the resultant issues, the Monetary Board, on 2 January 2018, issued directions to the Directors of the Company and appointed a Panel of Management to oversee the affairs of the Company.

Even though the Monetary Board directed the Board of Directors of SFSP to bring suitable investor(s) to revive the company, no viable investment proposal was made available and the financial condition of the company continued to deteriorate. In the meantime, 30% of SFSP deposits were repaid in 2018 and 2019.

Having considered the continuously deteriorating financial condition and non-availability of a viable revival plan, the Monetary Board decided to suspend the business of SFSP in terms of Section 31(1) of FBA, with effect from 13 July 2020.

During the suspended period, SFSP was able to recover a significant amount of dues to the company, mainly through recoveries of gold loans that could be utilised to repay part of the remaining deposits of SFSP. Further, the Central Bank of Sri Lanka (CBSL) has continuously received requests from the depositors as well as from the company to repay the remaining deposits out of the money so recovered.

Having considered the non-availability of a viable plan to revive the company through a capital infusion, the insolvent position of SFSP and continuous deterioration in its financial condition, and the financial impact on depositors in receiving a part of deposits after the lengthy liquidation process, the Monetary Board decided to permit SFSP to resume business notionally for three months from 13 January to 12 April, in terms of Section 31(5)(a) of FBA, only for the purpose of implementation of the repayment plan mentioned in Paragraph 1 above.

The Panel of Management shall continue to manage the affairs of SFSP and oversee the above-mentioned repayment process, while directors of SFSP and their agents or connected parties are prohibited from involving themselves in any activities of SFSP in any manner.

CBSL wishes to inform the public that SFSP has not been permitted to carry on any finance business or non-finance business whatsoever, except executing the aforementioned repayment plan and recovering of all money due to the company. Therefore, the public is kindly requested to refrain from placing deposits or engaging in any other business with SFSP in any manner, other than for the settlement of any dues to SFSP.

All debtors of SFSP are advised to pay their dues to SFSP on time, only through relevant accounts at Sampath and Commercial Banks under the name of SFSP, and maintain records for all payments to avoid any possible litigation against them for non-repayment of dues.