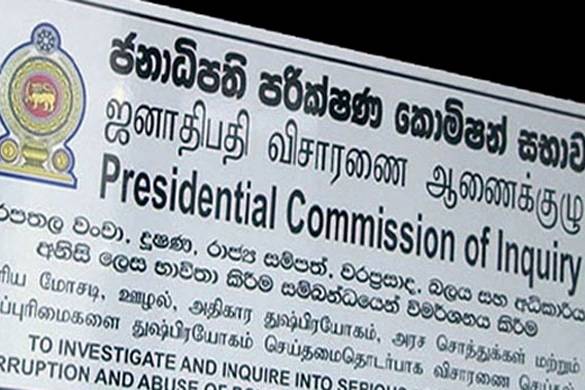 The national security could not be still assured until the people who led Zahran Hashim to carry out the sudden terror attacks are identified, former SDIG of the Criminal Investigation Department (CID) Ravi Seneviratne yesterday informed the PCoI probing Easter Sunday attacks.

Testifying before the Commission former SDIG Seneviratne said that Zahran’s initial plan was to carry out the attack in 2020 and suddenly he had decided to conduct the attack in April, 2019.

“We have to identify the persons who were above Zahran and operated to conduct the attack. Until we investigate that part, this inquiry is incomplete,” he said.

Former SDIG said that the plan to carry out the attack in April, 2019 was Zahran’s own decision and due to that decision some members of National Thowheed Jamath (NTJ) had a conflict with Zahran.
He said that Zahran Hashim was active from 2014 and he had initially decided about the conduct of terror attacks in 2017 or 2018.

“Then in 2018 vandalizing Buddha statues in Mawanella took place. In that instance Zahran had advised one of the suspects of Mawanella case Mohommad Ibrahim Abdul Sadiq to damage at least one Buddha statue,” he said.
He further added that according to the CID inquiry it had found that NTJ had 41 bank accounts and the funds received to those accounts via Ibrahim brothers who blasted themselves at Shangri-La and Cinnamon Grand hotels on April 21, 2019.

Former SDIG said that the CID had led extensive investigations into Zahran’s connection with a foreign organisation but it could not trace anything regarding to that organisation.

Commissioners then questioned about Zahran’s plan to have another baby in March, 2019 and he had consulted a doctor together with his wife.

Responding to a question the witness said that the CID had also inquired about it and found the doctor.

However, Commissioners said that according to Zahran’s wife’s evidence given before the Commission Zahran Hashim did not have a such plan to have another baby.

Meanwhile, former SDIG said that according to CID’s investigations the plan of NTJ was if any suicide bomber had failed to carry out the attack, that bomber had to go to a safe place and the place was a church in Colombo. (Daily Mirror)