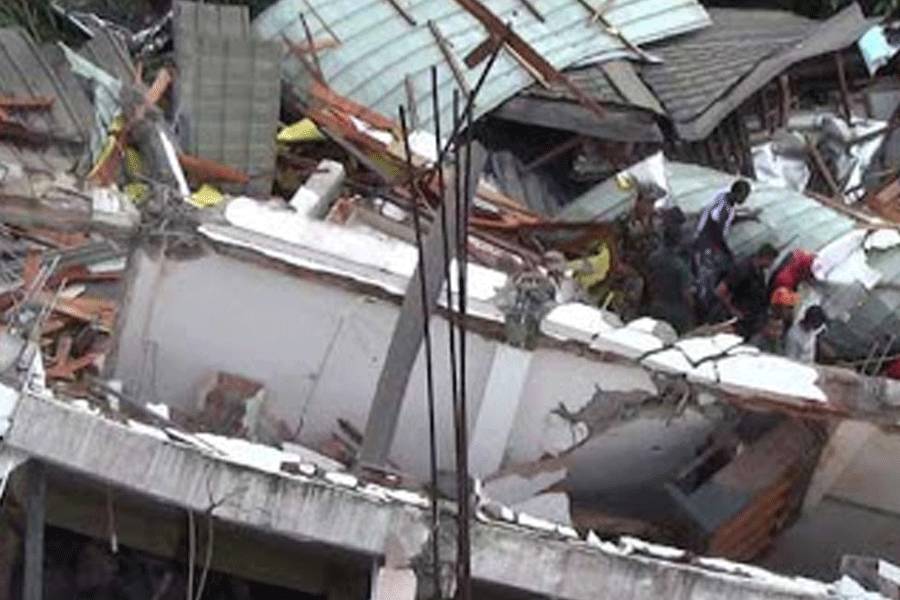 Former Basnayake Nilame of Dodanwala Natha Dewalaya Anura Lewke, who is the owner of the Buwelikada building in Kandy which the collapsed last week killing three including an infant, has been arrested this morning, the Kandy Police said.

The Police said that he would be produced in the Kandy Magistrate's Court today.

A five-story building, which is said to be a recently renovated but old building on a slope collapsed onto an adjacent hotel in Buwelikada, Kandy on September 20.

A family of three – father, mother, and one-and-half-month-old infant daughter – were killed in the incident.

Clause on dual citizenship should be amended: Vasu

Sole objective of 20A to safeguard country’s unitary status: PM

COVID, constitutional issues send stock market down by 4%; turnover up