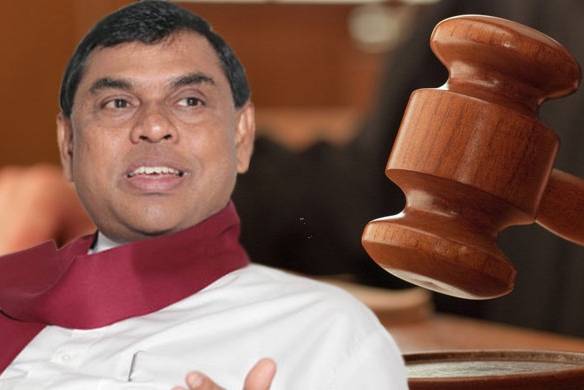 Evidence Examination on “Lith” case against Basil fixed for December

The Colombo High Court on Friday (31) decided to commence the examination of evidence in the case filed against Ex-Minister Basil Rajapaksa and Ex-Director General of the Divineguma Development Department Kithsiri Ranawaka on the 10th of December 2020.

The case was filed against Basil Rajapaksa and Kithsiri Ranawaka, over the printing of 5 million ‘Lith’ calendars or almanacs bearing the picture of former President Mahinda Rajapaksa spending 29.4 million rupees in funds belonging to the Divineguma Department during the 2015 Presidential election.

Colombo High Court Judge Gihan Kulatunga ordered for notice to be issued on the 02nd, 03rd, 04th, and 06th witnesses from the prosecution to be present in court on the 10th of December to provide evidence.

President’s Counsel Jayantha Weerasinghe appearing for Basil Rajapaksa said his client had filed a petition with the Supreme Court against the examination of the case in the High Court and the matter is to be called up, on the 12th of November.

Deputy Solicitor General Sudarshana De Silva appearing for the Attorney General pointed out the petition filed with the Supreme Court is at a stage where it is being considered whether or not to send notice to the respondents and therefore, there is no legal impediment with respect to fixing a date for the examination of evidence in the case filed against the defendants at the Colombo High Court.