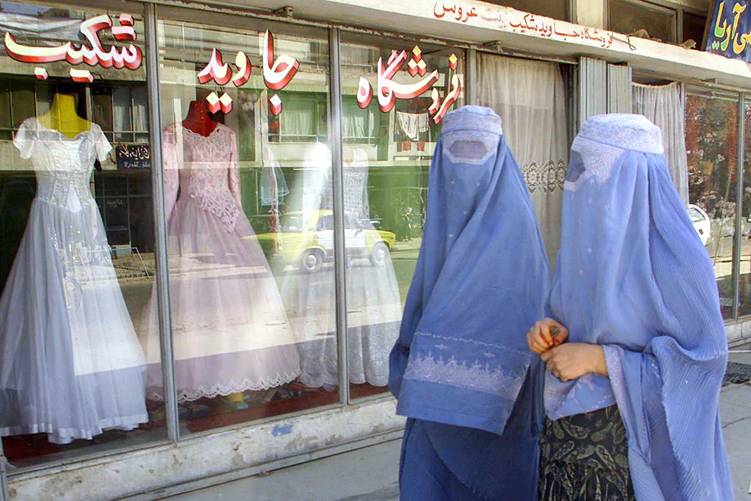 ISLAMABAD - In an unprecedented move, the head of the Afghan Taliban has restricted officials in the insurgent group from marrying more than once. Three Taliban officials who spoke to VOA on condition of anonymity said the move is aimed at easing financial burdens on the group, as officials have frequently sought money from the militant organization for multiple marriages.

“We instruct officials of the Islamic Emirate, in accordance with Islamic Sharia (Islamic jurisprudence), to avoid second, third, and fourth marriage if there is no need,” said a written message dated January 9, from Taliban chief Mawlawi Hibatullah Akhundzada.

Two Taliban officials shared the Pashto-language statement with VOA and said the instructions have been distributed widely by the leadership among their ranks. Heads of various units of Taliban were instructed to share it with their subordinates.

One of the three VOA sources said the directive was in response to “many complaints.” Some Taliban officials have approached their superiors for help in paying dowry or ‘bride price.’

“Up-to two million Afghanis (nearly $26,000) are paid for dowry in some parts of Afghanistan and the Taliban officials would seek this money for their second marriage,” the source said.

‘Bride price’ is a term used for money paid by the groom to the bride’s family, a custom in some Pashtun tribes in parts of Afghanistan and Pakistan.

The source also said many Taliban with multiple wives keep them in separate houses and require additional money for their upkeep.

One of the other two Taliban officials said the top leadership was worried about bad publicity after Afghan media reported on weddings of some Taliban leaders, calling them "extravagant affairs.”

The Taliban supremo’s message indicated serious concerns for the reputation of its officials.

“Families of several officials of the Islamic Emirate do not have a lot of money. Therefore, more marriages could affect their prestige, trustworthiness, and personality,” the message said.

The “Islamic Emirate” is a name the Taliban uses for themselves.

The written message went on to express worries over possible loss of credibility, or even an incentive for corruption, if money becomes central to a Taliban leader’s existence.

“Protect yourself against accusation and disgrace,” it said, adding that “transparency” and “gaining trust” were essential for a jihadi role.

The signed statement tried to affirm the message that abstaining from multiple marriages would protect Taliban from “accusations of bribery, misappropriation, or embezzlement in the ‘Bait ul Maal’ (public treasury)” and save them from seeking illicit sources of wealth.

Through this message, one of the Taliban sources said his supreme leader had conveyed to the public and his followers that “Taliban officials will not be allowed to use the movement’s money for personal gains.”

Taliban spokesman Zabihullah Mujahid did not directly comment when asked about the message, saying he was “gathering information on the subject.” However, he did not deny the message’s existence.

The move is considered extraordinary for a group that follows an extreme version of Islamic jurisprudence. Islam allows men to have up to four wives at once. However, the practice of keeping multiple wives is frowned upon in some Muslim communities that hold more progressive or liberal views on marriage.

The Taliban chief assured his followers in his message that the instructions are based on Islamic injunctions and have the support of religious scholars.

However, he said the restrictions are relaxed for two kinds of officials: those who spend their own money and resources, or those who have a “legitimate need.”

In addition, those who wish to marry any widow, without spending too much, are also shown leniency.

Taliban officials who spend their own resources still need permission from the leadership and would have to show that their financial status could satisfy people into believing that “they are spending their own money,” say the sources.

The message from the Taliban chief says the leadership is trying to make marriages simpler for all.

“Young men and women and all the destitute should be able to perform simple marriages like the ones performed by companions of Prophet Muhammad,” he said.