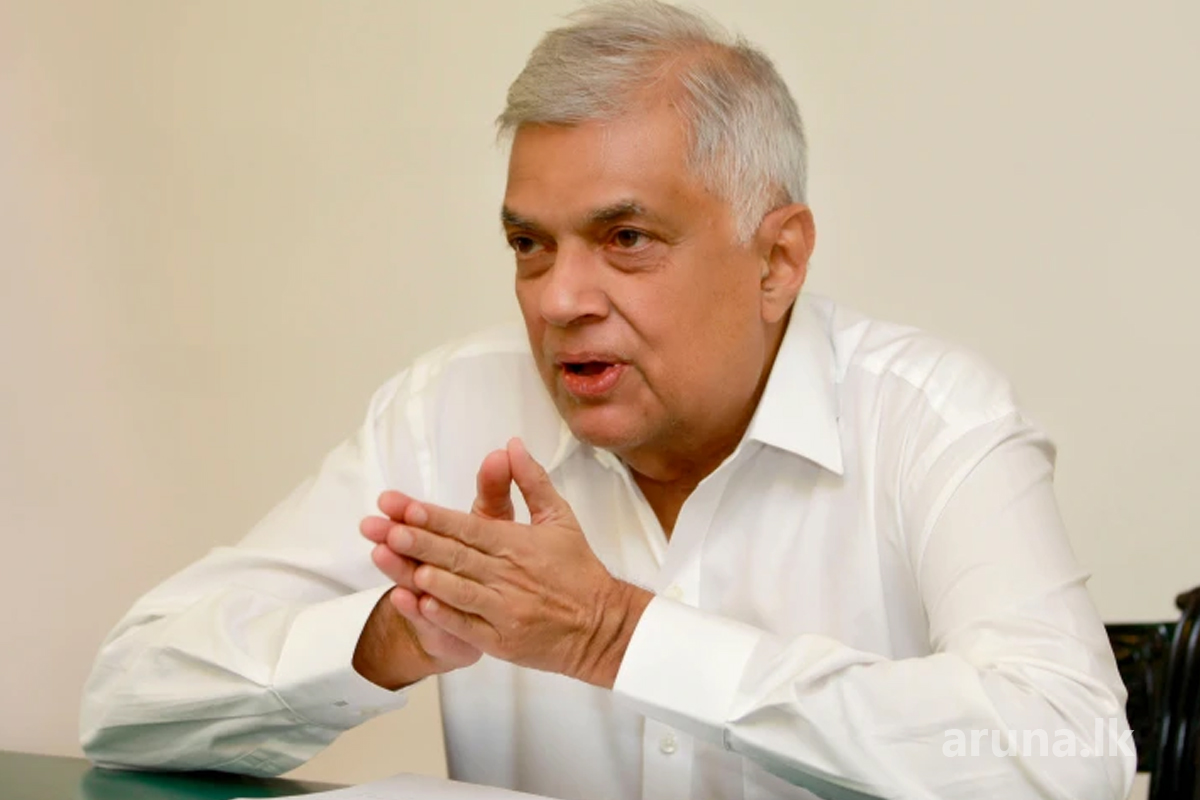 Indicates the need to ensure no segment is left behind in ongoing economic reconstruction efforts
Says just as much as there is a need to make higher profits, more money must be available for the people
Asserts highly competitive economy cannot run on low wages
Assures SL will not go back to ‘old’ systems
Stresses the need for change and increase in income
Says without prioritising economy nothing can be achieved
By Shabiya Ali Ahlam

Sri Lanka as a nation must step up efforts in establishing a social market economy, so that going forward the people can move forward with the assurance of sustainable growth and development, President Ranil Wickremesinghe said.

Wickremesinghe, speaking at a conference yesterday that was aimed at reforming Sri Lanka’s current economic status, indicated that more must be done to bridge the inequality prevailing in the country and ensure all sections of the people across the​​ island grow and reap the benefits of development and prosperity.

“Just as much as we must make money and make bigger profits, there must be more money available to the people. The housing needs must be met in the next 15 to 20 years.

“Poverty should no longer be existent the rural areas of Sri Lanka, and for that matter the urban areas. We are a small country, we can go ahead,” said Wickremesinghe at the ‘Reform Now’ conference hosted by Colombo-based think-tank Advocata Institute.

While the higher end of the business community and the economy have repeatedly harped on the need for higher productivity and efficiency, the President pointed out that a highly competitive economy cannot run on low wages.
Low wages and salaries have been the case for Sri Lanka in recent years, especially after the Covid-19 pandemic. Employers, and businesses, even those that made higher profits resorted to trimming payroll expenditure to reduce operational costs in the name of sustaining operations.

The outcome of such moves, which are still in place, has made it increasingly difficult for the bulk of those in the workforce to carry on with their day-to-day expenses. This has been further worsened by the escalating cost of living.

“A highly competitive economy runs on high wages and high productivity. Both are necessary. Without those we cannot go ahead,” asserted the President.

Meanwhile, Wickremesinghe went on to state that the pain felt by the people at present will not go away overnight, and is likely to stay for the whole of next year as well.

He attributed the increasing challenges to the global situation being unfavourable to “anyone” next year.
“2024 will be better. But we have to get through all this. We have to find niche markets. We have to find people. So, are you ready to take up the challenge? Are you ready to influence other people to take up the challenge?” said the President while questioning the audience on their commitment to bring about the changes the nation has been demanding for.

He went on to state that there is no going back to the old system and the suffering of the most vulnerable must not be for in vain, for which coordinated efforts are required to improve the lives of the people.

“There have ​​to ​be​ change​s​. There has to be a ​​rise in income. Workers have to be looked after. Education facilities have to be made available. For this we are going to a newer system,” stressed Wickremesinghe.

The President further stated that while efforts are underway to reconstruct the future, the priority should be the economy.

“The first item of the agenda should be the economy. It may also be the second item on the agenda. Without doing the economy, we cannot do anything else,” he pointed out.